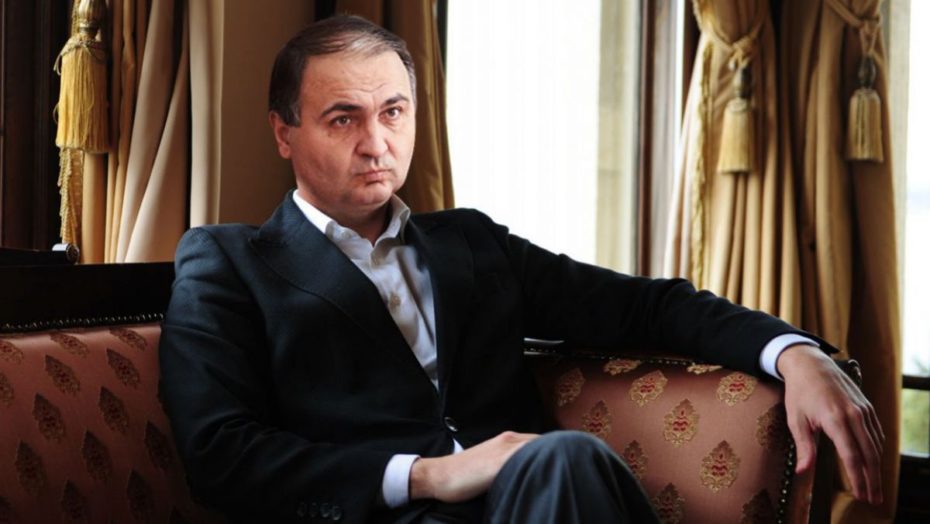 The Anti-Corruption Prosecutor’s Office (APO) announced today the 72-hour detention of the President of the Supreme Court of Justice (SCJ), Ion Druță, following the hearings held at the APO, based on the searches of his office and house, and identification of objects likely to confirm the illicit enrichment accusations, according to an announcement on the Prosecutor General’s Office website.

The statement says that Ion Druță’s detention was required as, given his status, he could influence other persons that are to be examined by the criminal prosecution.

Ion Druță filed, on October 1st, a request for resignation from the position of president of the SCJ according to Ziarul de Gardă. Although, the request has not yet been accepted by the Superior Council of Magistracy (SCM).

On September 24th, the SCM admitted the request of the interim prosecutor general, Dumitru Robu, for the lifting of the immunity of Ion Druță and gave the consent for his detention, forced entry and search. The Anti-Corruption Prosecutor’s Office and the National Anti-corruption Centre conducted searches at Druță’s office and house.

The illicit enrichment proceeding was started by the interim general prosecutor on September 23rd, after the APO was informed by the Information and Security Service (ISS) that it had found “an essential discrepancy” between the declared legal income and the properties acquired by the members of the Druță’s family between 2016-2019.

5 exceptional museum exhibitions in Chișinău, which are currently opened for visitors. Have you already seen them?

Interview with Heritage director, Robert Ford: ”A society investing in education lays the foundation for prosperity, peace and ability to face the challenges of the future” 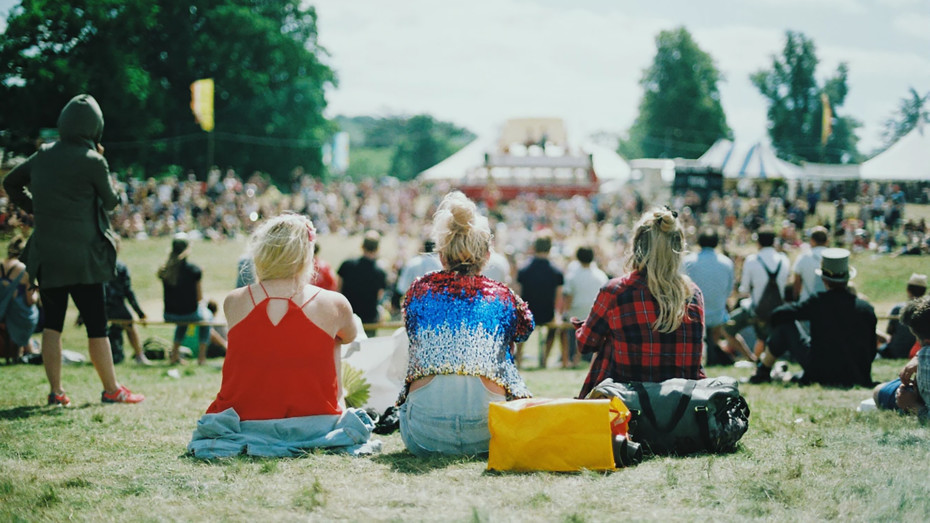 In the last decade, a lot of festivals, open-air fairs, marathons, concerts and other cultural events were organised. Some of them stopped, others continue until today. The festivals that stood the test of time are mainly related to Moldovan traditions, clothing, dancing, food, etc. Still, there are also some special festivals dedicated to wine, sweets, or… pumpkins. Here we present a collection of interesting festivals organised in Moldova in the last 10 years. 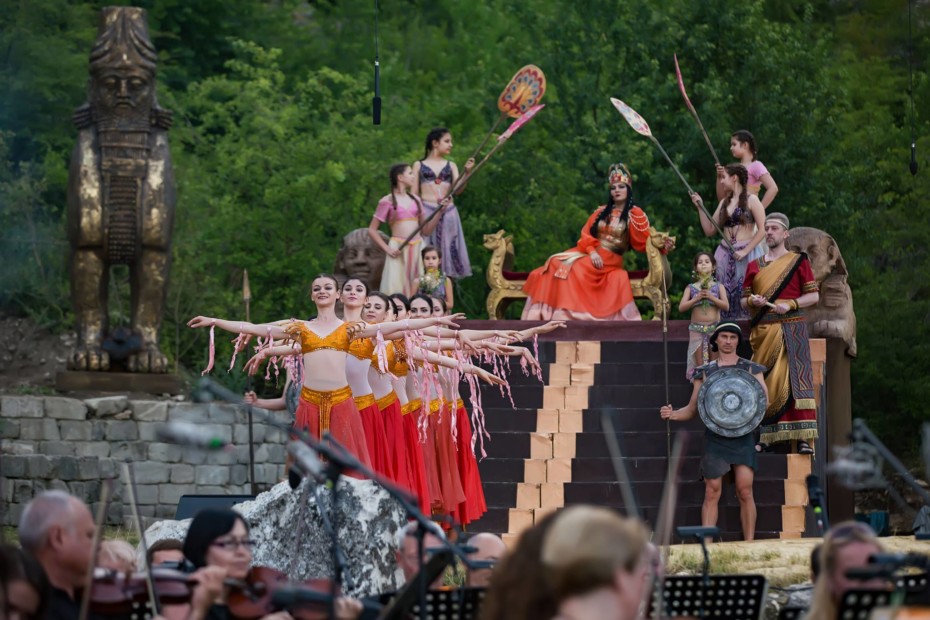 The first edition of the festival DecOpera was organised in 2016. The festival takes place in the historical and archaeological complex Old Orhei. The event brings classical music and opera in the middle of the nature.

Being annually held on the third weekend of June, DescOpera is visited by more than 5000 local and foreign tourists, and involves a total of 500 musicians from all over the Europe. The idea of presenting an open-air opera and classical music show at Old Orhei belongs to the Austrian conductor Friederick Pfeiffer, who first came to the National Opera “Maria Bieșu” from Chisinau to perform “Requiem” by Giuseppe Verdi in the summer of 2015.

The name of the festival can be literally translated as “sweeter”, being organised in Chisinau 7 times in a row. The event encourages home baking traditions, local brands that produce sweets and children’s clothing, as well as supports young craftsmen. It is usually organised at the end of May.

3. The Festival of the Environment 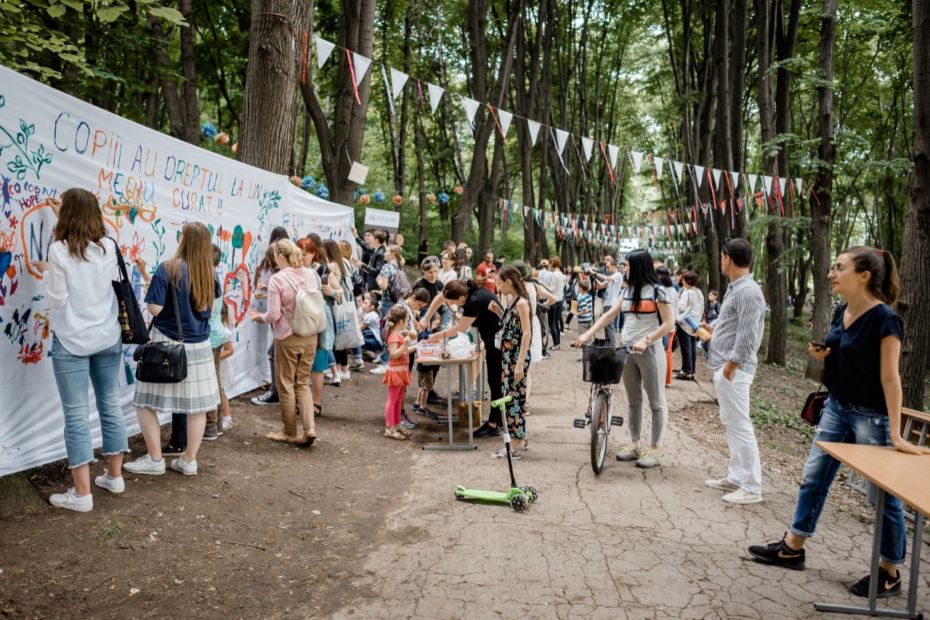 The last edition of the Festival of the Environment was dedicated to air quality and reducing air pollution. At the event, batteries and households for recycling were collected, it was calculated how many trees we already owe to the planet, the quality of water and air was checked, games and info points were organised. The event was held in Valea Morilor Park, one of the green spots from the most polluted city in Moldova – Chișinău.

The festival occurred in Cobusca Nouă village in a lavender field. Unfortunately, only two editions of festival were organised: in 2015 and 2016. Visitors had the chance to attend gastronomy workshops, yoga sessions, handicraft fairs, outdoor massage sessions, concerts and they even had ice cream made of lavender.

The festival iProsop is organised in the village Selemet, Cimișlia district. It is dedicated to the tradition of hand-crafted traditional towel and entrepreneurial opportunities for local artisans.

The event used to be attended each year by more than 50 artisans from all over the region who promoted the traditions and customs from the South, related to the national clothing, gastronomy, folklore and rural lifestyle, but in particular related to Prosopul (Romanian traditional towel) – an element of national heritage. 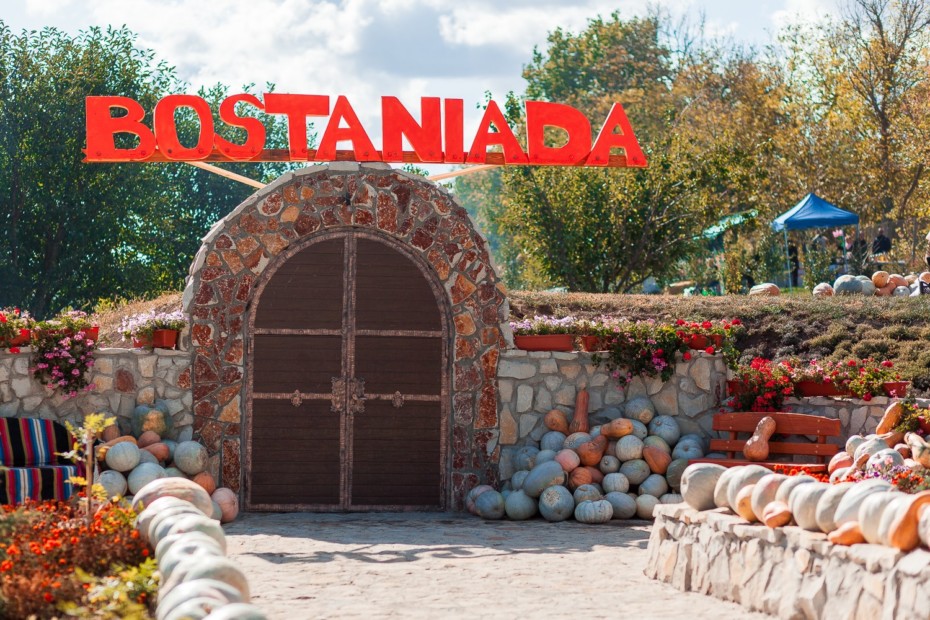 The Bostaniada festival takes place in Lozova village, Straseni district. The festival celebrates the fruits of autumn through an exhibition of the largest and most unusual pumpkins from Moldova and crafts inspired by nature. It exhibits ethno music, parades, contests, games, sculptures in pumpkins, wine tastings and home-made dishes made of pumpkin. 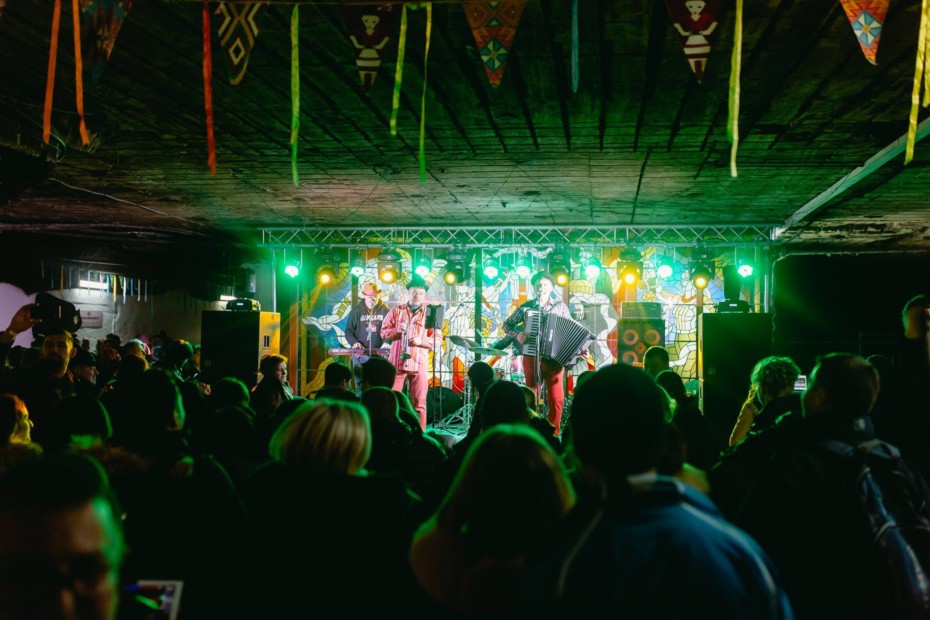 The wine and street cultures festival takes place entirely under the ground, in the legendary underground city of Cricova. It gathers 100 national and international street artists, singers, jugglers, magicians, live statues, and presents delicious food, and many kinds of red, white, sparkling and mulled wine. 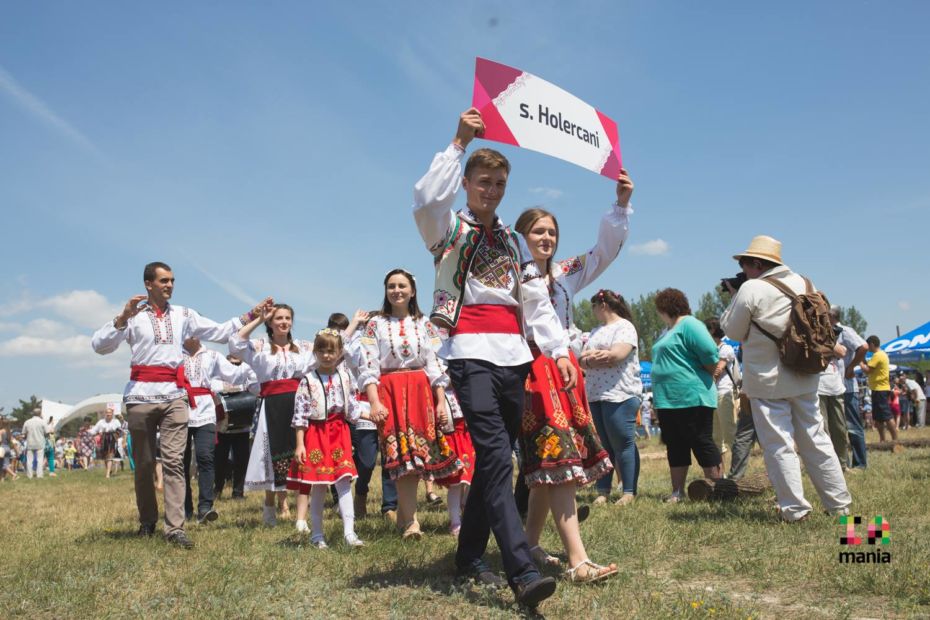 The festival is organised every year in Holercani village, Dubăsari district, aiming to promote traditional values and popular clothing. During the event, the contest Mandria takes place, which is a competition of designers from Moldova. Visitors also can attended a fair of traditional dishes, traditional crafts and clothing.

This text is a translation. The original article here. 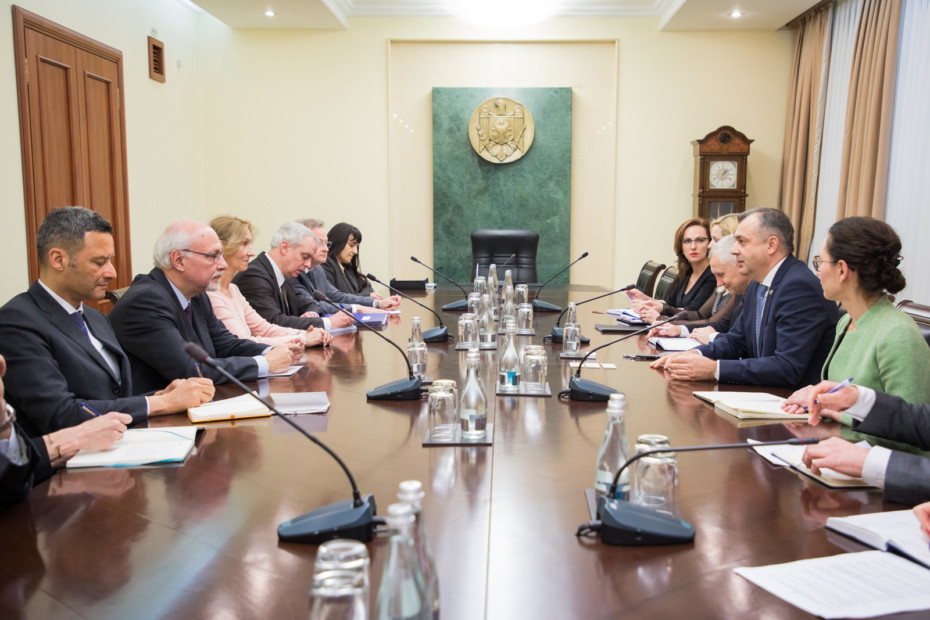 During the meeting, the head of the CoE delegation highlighted the need for the active involvement of all stakeholders in the drafting of the law on judicial reform. “We are here to help, to minimise risks. We will be partners in this process. We are ready to provide the necessary support to the Republic of Moldova, in terms of consultancy, but also technical assistance for the successful implementation of the judicial reform,” said the official.

Besides, discussions on previously sent to the Council of Europe set of documents reporting the progress of the judicial reform were held, including the strategy for ensuring the independence and integrity of the judiciary for the period 2020-2023, the action plan for implementing the strategy and the draft law on the evaluation of judges.

At the same time, the experts of the Council of Europe recommended to the Government of the Republic of Moldova to ensure a real process of public discussions of the draft law on the evaluation of judges with all the interested parties, including the judiciary and civil society representatives. Only afterwards, the project can be submitted to the Venice Commission for expertise.

The CoE representatives mentioned that it would be unacceptable to speed up the drafting process only to be able to submit it for examination to the Venice Commission during the March plenary session. It was recommended to submit the draft law on the evaluation of judges rather at the June 2020 plenary session.

Also today, the leader of the Party of Action and Solidarity (PAS), Maia Sandu, and the member of the Parliament, Sergiu Litvinenco, declared, in a press conference, that the new judges’ evaluation process is a disappointment, blaming the socialists and its unofficial leader Igor Dodon of attempting to take control of the judiciary.

“The current Government completely discredits the judicial reform. It tries to subordinate the judiciary to political interests. The proposals of the Government, as they appear in the draft law that was made public, present a major deviation from the judicial reform, promoted by us,” declared the PAS leader. In the opinion of Maia Sandu, judges and prosecutors from Moldovan judiciary have to be evaluated by independent experts from outside the country.

“The proposed mechanism is very dangerous. It is clear that no external evaluation of judges is foreseen. […] It could happen that honest judges are excluded from the system, while those who have integrity problems may remain,” added Sergiu Litvinenco.

Yet, Minister of Justice, Fadei Nagacevschi, denied the presence of political interest in judiciary and reminded that the evaluation process is to be monitored by a commission formed of 5 international experts and 5 national experts, the latter being elected by a Parliament’s special designated commission.

“There is a message of inconsistency. On the one hand, the desire to evaluate the judiciary for excluding corrupt judges is criticized, on the other hand, the cleansing of the Prosecutor’s Office is requested. […] The public accusations regarding the judges’ evaluation tool, as an attempt to take over the control over judiciary, has no reasonable argumentation. Instead, it forces me to ask myself questions about the real purpose of the former government, which promoted the evaluation tool in a clearly politicized manner, contrary to the Constitution of Moldova and international standards,” stated Nagacevschi on social media. 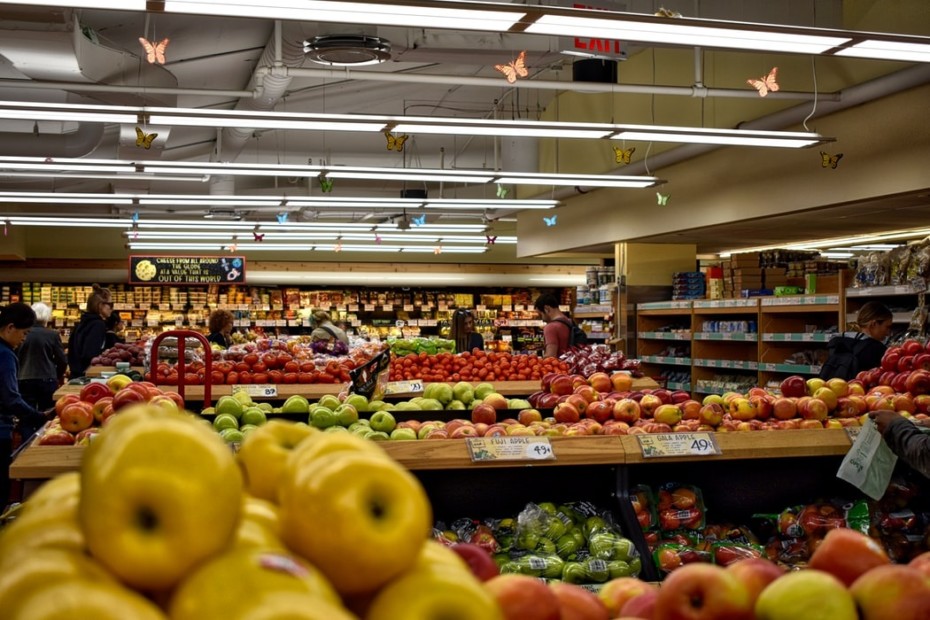 While most of the European countries’ population spend not more than a quarter of their minimum wage on food, Moldovan people allocate 50,1% of it on food expenditures, estimated a study conducted by Picodi.com.

The total estimated value of the included products was 1034 lei, representing 50.1% of the net minimum wage in Moldova – 113 euros. In comparison with Moldova, the lowest minimum wages in the EU countries are in Bulgaria and Romania – 242 euros and 282 euros respectively, Bulgarians and Romanians spending 23,4% and 29,5% of their minimum wage value on food. At the same time, such countries as Luxembourg and Ireland have settled their minimum wage level among the highest in the EU – 1796 euros and 1574 euros per month respectively, the food expenditures in these countries reaching  only 9,5% and 7,3% of the minimum countries’ budget.

The same source shows that the average monthly expenditure budget of the population of the Republic of Moldova in 2018 was on average 2407.9 lei per person (117 euros), increasing by 7.0% compared to the previous year. In real terms (with the adjustment to the consumer price index) the population spent on average 3.9% more in 2018 compared to 2017.

In addition, almost 40% of the population of the Republic of Moldova said that their income is only enough for their basic needs, while 24,3% said that the money they earn are not even enough for the basic needs they have, as a survey conducted by the Sociologists and Demographers Association displayed. The biggest concerns of Moldovans are poverty (25,8%), unemployment (23,1%), migration (21,3%) and corruption (19,2%). 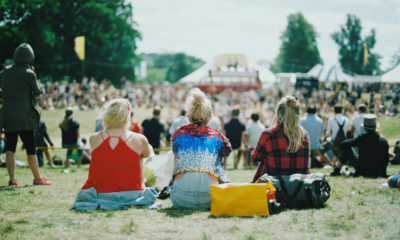 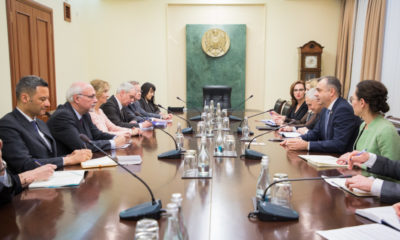 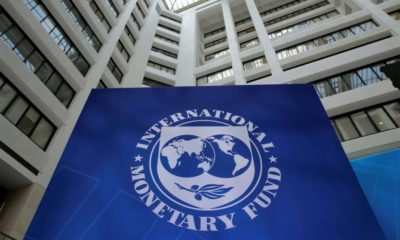 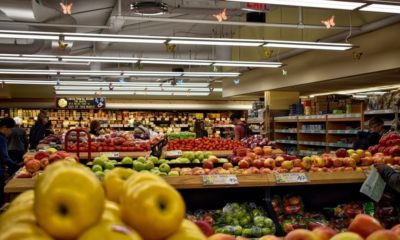 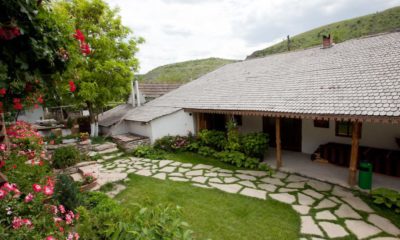 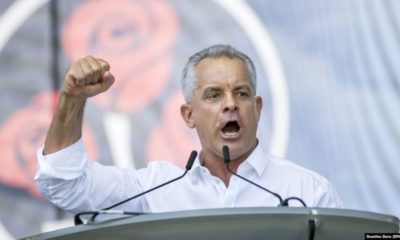 Vladimir Plahotniuc, his wife and two children have been banned from entering the United States because of “significant corruption actions”... 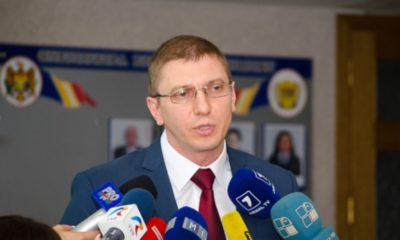 Viorel Morari, former head of the Anti-corruption Prosecutor’s Office, was detained for a period of 20 days, in addition to...