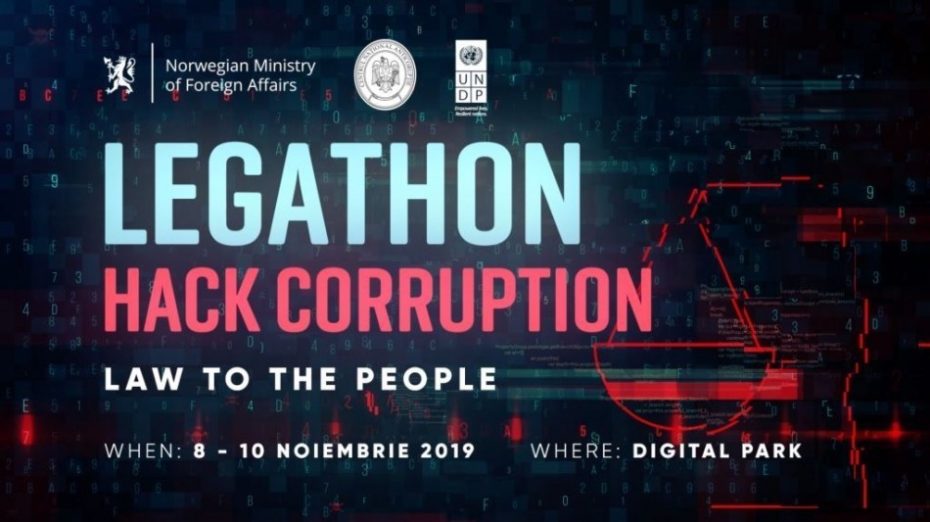 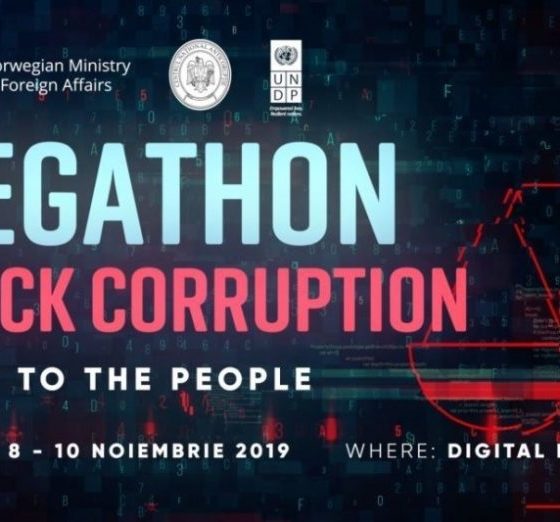 The “LEGATHON: Hack Corruption. Law to the People” is an event which is organised for the first time in Moldova, being designed to gather 30 young professionals and enthusiasts passionate about programming languages, databases, UX and web design.

Guided by information technology specialists and anti-corruption experts and working in six teams by five persons, the participants will develop applications for the National Anticorruption Centre’s (NAC), which would be easily accessible to the general public and would allow reporting the laws or normative acts containing ambiguous provisions which may generate corruption cases, as well as build a friendly environment for people who have difficulties in interpreting the legislation, according to the NAC official page. The best application proposal will be actually used for the NAC platform and will be awarded.

LEGATHON will take place on November 8-10 at Digital Park in Chișinău.

The event is organised within the framework of the “Curbing Corruption by Building Sustainable Integrity in the Republic of Moldova” Project, implemented by UNDP in partnership with the National Anticorruption Centre, with the financial support of the Norwegian Ministry of Foreign Affairs. 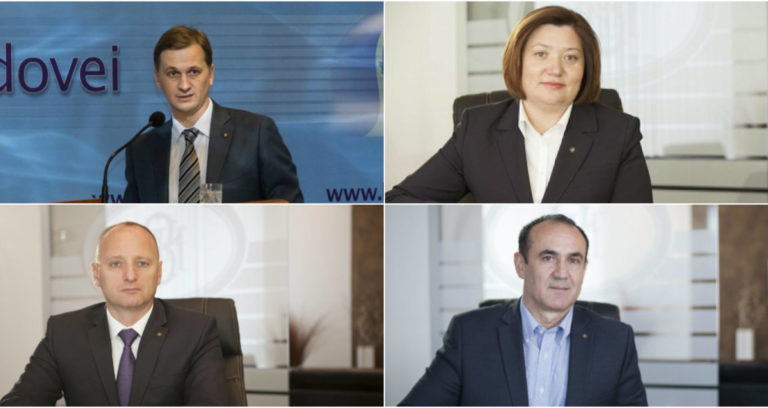 The Prosecutor General of the Republic of Moldova, Alexandru Stoianoglo, announced today in a press release that 4 former and current employees of National Bank of Moldova (NBM) – ex-governor of the NBM Dorin Drăguțanu, ex-deputy governor Emma Tăbârță and current deputy governors Aureliu Cincilei and Ion Sturzu – were arrested today as a result of the investigations related to the bank fraud criminal case, carried out by the Anti-corruption Prosecutor’s Office. The NBM directors are suspected of participating in fraud and money laundering.

Prosecutor General denied that the prosecution actions have something to do with yesterday’s statements made by Ilan Șor who held a press conference in which he stated that he has no attribution to the theft in the banking system and that in the process of liquidation of 3 commercial banks, for which 13 billion lei were allocated, employees of the National Bank would have been involved.

But if the prosecution actions don’t have any connection to Șor’s declarations, why the investigations and arrests of the NBM employees were conducted only now?

“The measures taken today were conditioned by the results obtained from a series of criminal prosecution actions and special investigative measures, the analysis of a wide spectrum of financial and legal documentation. They will be followed by other criminal prosecution actions that will target other people holding public offices who were involved in bank fraud,” is noticed in an official statement of the General Prosecutor’s Office.

At the same time, the NBM published a reaction, claiming that “the NBM cooperated to the full extent of its ability with the investigation bodies during the last years, in the investigations instituted and files concerning the banking sector and provided all existing materials, documents, expertise, explanations etc. and will continue to fully cooperate with them.”

The institution representatives expressed their hope and trust “in the conduct of an objective and professional investigation, which will identify the real responsible persons for the banking fraud.”

“At the same time, the NBM expresses its deep concern over the public declarations and actions, which increased in the last period, undermining the morale of the institution’s employees and the NBM’s capacity for exercising its functions in a professional and independent manner,” stated the NBM representatives.

The Citizenship by Investment Law put on hold again till September 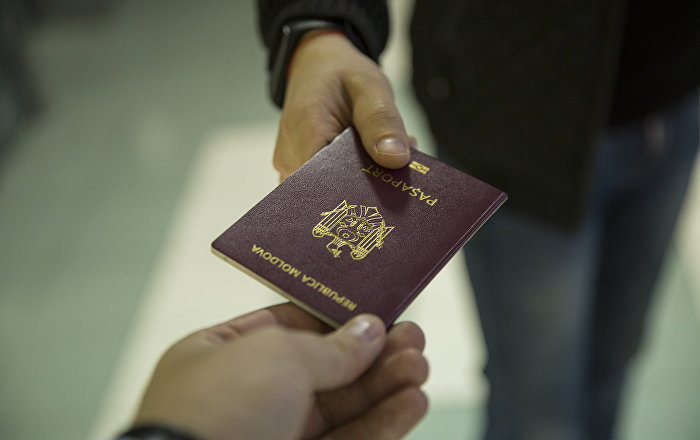 A new bill providing for the application of a moratorium on the Citizenship by Investment Program until September 1, 2020 was voted in final reading by the Parliament. The bill proposed by the Chicu Government, which was also supported by the opposition parties, offers a new break to establish all the risks of the program.

During the parliamentary debates, the MPs especially insisted on removing the legal provision establishing the concealment of the identities of persons who apply to the program and obtain the citizenship of the Republic of Moldova.

The original bill proposed by the Government provided for the application of a moratorium until January 1, 2021. Afterwards, it was shortened in the second reading until September 1, 2020.

“We need to show that the risks are minimal, that thorough checks are made and that the economy of the Republic of Moldova can benefit from the program,” argued the Secretary of State of the Ministry of Economy, Iuliana Drăgălin, who presented the bill in front of MPs.

The previous moratorium applied by the Moldovan authorities on the Citizenship by Investment Law has expired on February 24.

Transparency International Moldova has repeatedly drawn the attention of the public and the authorities to the risk of adopting the Citizenship by Investment Program in Moldova, as it represents a mean of legalisation of financial resources of fraudulent origin, undermines efforts to combat major corruption and investigate bank frauds, and affects the national integrity system.

So far, eight foreign nationals have obtained the citizenship of the Republic of Moldova by this way.

More details about the Citizenship by Investment Law, as well as the implementation of the respective program here.

The link between Moldova’s cases lost at the ECtHR, cut of public funds for judiciary and Chicu’s anger 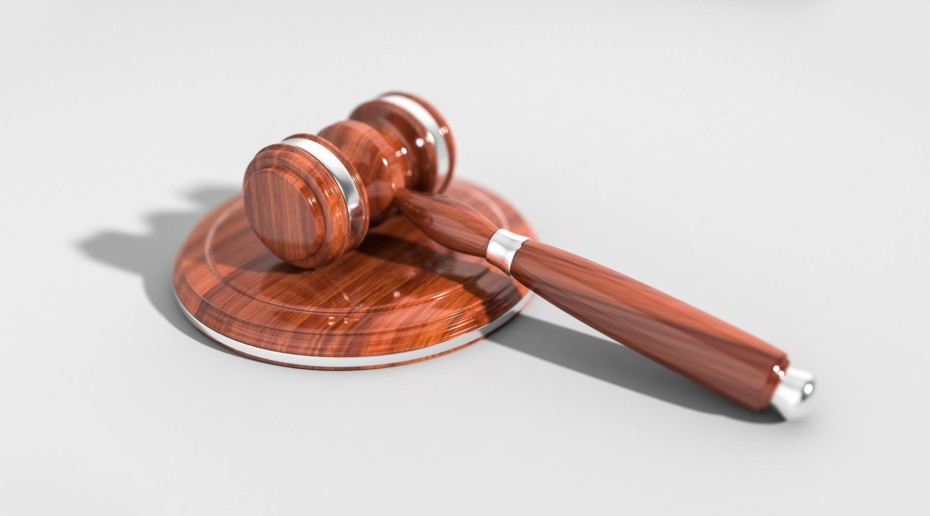 The Ministry of Finance blocked the allocations for the judiciary provided from the state budget in a total amount of 70 million lei for a period of 60 days. Therefore, the state budget for 2020 could be adjusted and the funds, as a consequence, could be redirected to another scope. How is it related to the cases lost by Moldova at the European Court of Human Rights (ECtHR), as well as with the Government indignation regarding the total amount of damages to be paid?

The triggering case at the ECtHR

The Government of the Republic of Moldova has to pay damages of 1 515 000 euros and to return to the plaintiffs the their property in the so-called “Gemenii” case. According to a Supreme Court of Justice (SCJ) decision from 2005, the owners of the centrally located commercial building were dispossessed of half their properties. By the decision of ECtHR issued on February 18, 2020, a damage of over 1.5 million was established, along with other 2 120 000 euros the value properties (building and land), if they are not returned, 5000 euros non-pecuniary damages and 10 000 euros for costs and expenses.

All in all, an amount of 3 650 000 euros represents the damages to be paid by the Moldovan state on this case only. For comparison, the Republic of Moldova was obliged to pay over 17.1 million euros to the complainants from the country based on all judgements delivered by the Court until December 31, 2019.

An angry Government and a reverberated judiciary

Prime Minister Ion Chicu was outraged that the Government must pay now “for the 15-year-old sins”.

“There is so much said about the rights and nothing about the accountability of judges. Thus, it’s a power in the state that doesn’t have any responsibility. Only rights and guarantees. I repeat for the corrupt gang in the judiciary: any money paid by Moldova for your illegal decisions will be at your expense. Do not wait that children or elderly will pay for your illegalities. As long as I am a premier, a penny will not be transferred to the ECtHR causes, until we get them from you,” harshly reacted Chicu.

Prime minister called for filing a criminal case against the 5 judges from SCJ who pronounced the sentence and required to withdraw the amount of 70 million lei from the state budget allocated for the judicial system and redirect them to cover the caused damages. The chief executive also demanded that the salaries of employees other than judges “should not be touched”.

On the other hand, the Superior Council of Magistracy (SCM) declared that the statements of the public officials regarding the material responsibility of the judges and of the entire judiciary for the convictions to the ECtHR and the measures to be taken in relation to these judges are contrary to both the legal provisions and the recommendations of the international law institutions.

Magistrates pointed out that, over the years, it is observed that on the eve of elections, including during the electoral campaign, politicians pay special attention to the social guarantees of judges, which are an integral part of their independence, through different legislative initiatives.

“The judiciary pleads for the reform of the judiciary in accordance with democratic principles and does not oppose the judge’s liability under the law for the admitted violations, but will not tolerate a widespread denigration of the judiciary and is determined to defend its guarantees granted by international standards. It is important for the representatives of the governing parties to understand the negative effect of these statements and actions which, besides denigrating the judicial act, can hinder rule of law,” the judges noted in an official declaration.

A third party point of view

Alexandru Tanase, former Minister of Justice and former President of the Constitutional Court, argued that the decision to reduce the funding allocated to the judiciary will not affect the magistrates, but the citizens, lawyers, as well as other employees from judiciary who have low salaries.

“For an illegality committed by very easily identifiable persons, all citizens will be sanctioned, who will receive worse services by 70 million lei. […] By the decision to reduce the funding of the justice, in fact, the honest judges who never admitted such illegality will be sanctioned. The clerks, lawyers who will benefit from worse working conditions will be sanctioned. In contrast, those who illegally adopted the review decision will be not affected by the brave decision of the prime minister,” wrote Tanase on his Facebook page.

The president of the Center for Legal Resources and lawyer Vladislav Gribincea stated that in the outstanding case lost by the Republic of Moldova to the ECtHR, a series of violations were committed, not only by the judges from the system.

According to Vladislav Gribincea, any funding cuts for this area could be declared unconstitutional, as the 2020 budget for judiciary is around 400 million lei and is composed largely of salaries and other expenses for the administration of the courts. 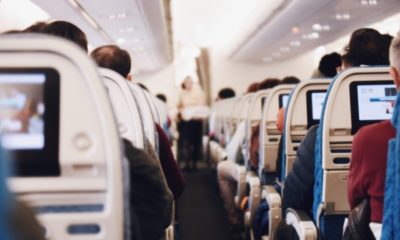 While WHO highly recommends to avoid crowded places as much as possible during this period, and while several countries have... 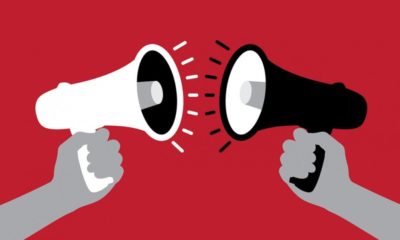 In the context of state of emergency declared on the territory of the Republic of Moldova, the president of the... 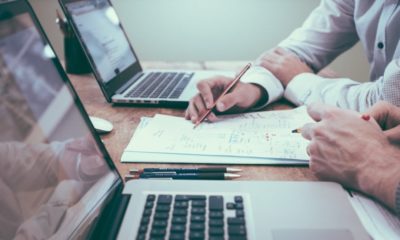 As students stopped attending schools due to the measures taken to fight the pandemic caused by coronavirus, the educational institutions... 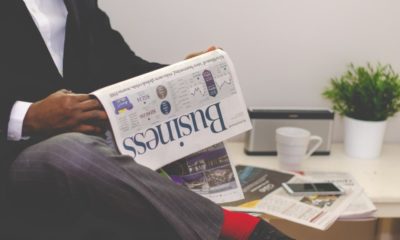 In the coronavirus economic crisis: attempts to help the most affected sectors

The National Extraordinary Public Health Commission issued recently a decision, according to which the activity of shops, restaurants, fitness centres,... 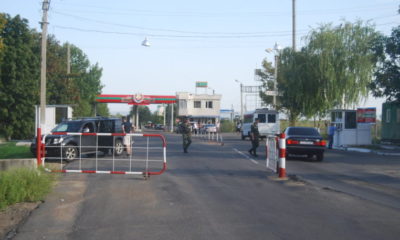 Just like in Moldova, the authorities of Transnistria have declared, on March 17, state of emergency in the region. However,...