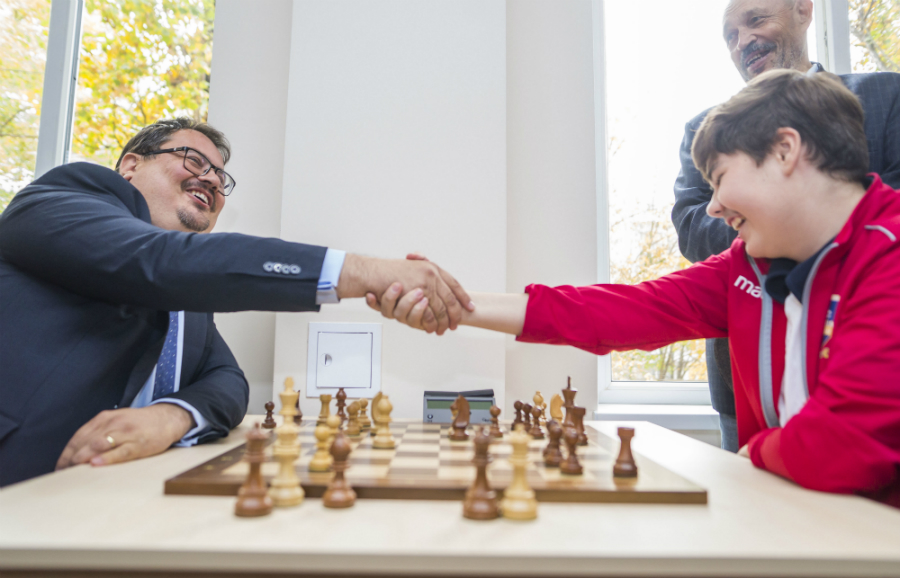 The children from Ribnita and Rezina develop their analytical thinking at the chess schools, renovated by the European Union, whose investment in this project amounts to 110,000 EUR and has been granted under the Program “Support to Confidence Building Measures” implemented by UNDP.

Both schools have been repaired, equipped with furniture, equipment, and handbooks. They are accessible to people with special needs. Chess lessons are free. Coaches have received specialized training. 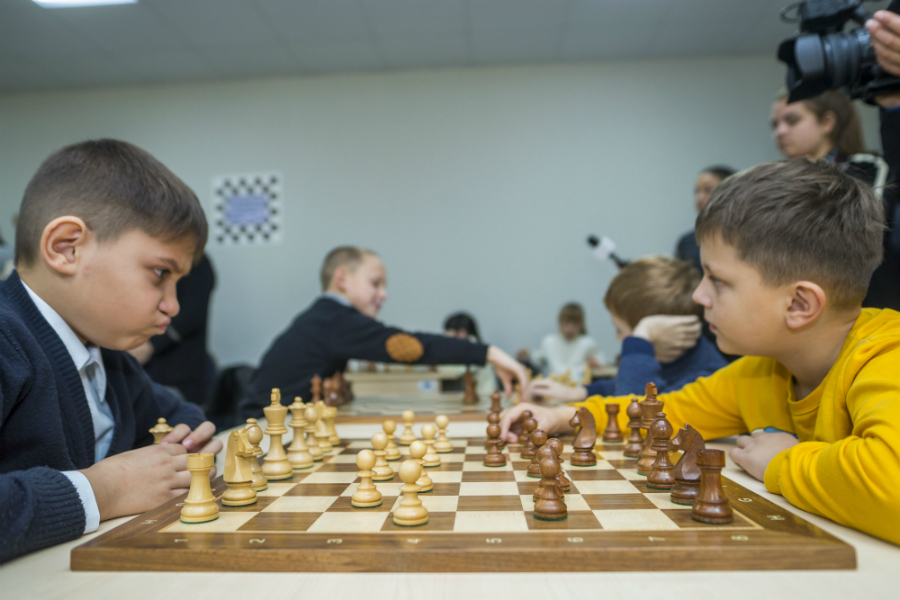 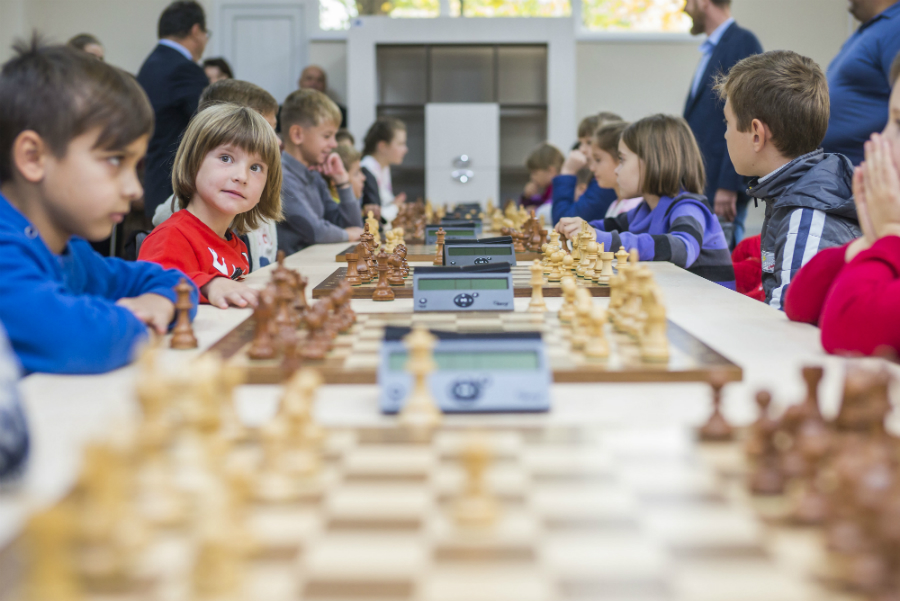 “It is a unique project and we are glad that we have benefited from European support to achieve it. Both centers can host national competitions. I am sure that through common competitions we will increase confidence between the two banks of the Dniester,” said Sergei Bargan, the Chess Federation representative of Moldova.

The program contributes to the consolidation of trust between the inhabitants of both banks of the Dniester River through the involvement of local leaders in joint projects.

Andrian Candu: “The early parliamentary elections will be held in the mixed electoral system” 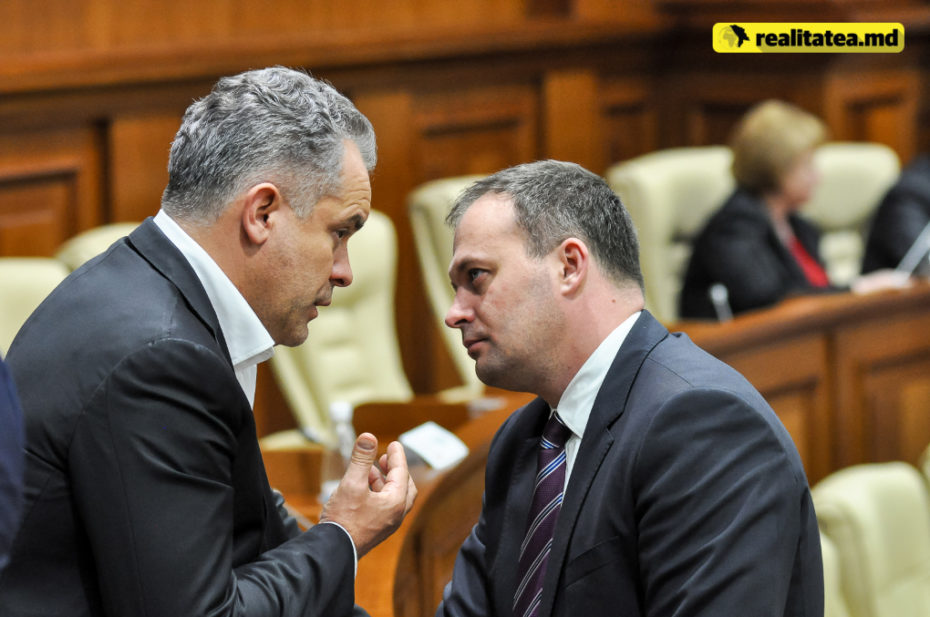 Former Parliament Speaker, Democratic Party Vice-President Andrian Candu argues that in the event of early parliamentary elections, the ballot will be conducted according to the mixed electoral system.

According to him, early elections organized under another system is “impossible.” 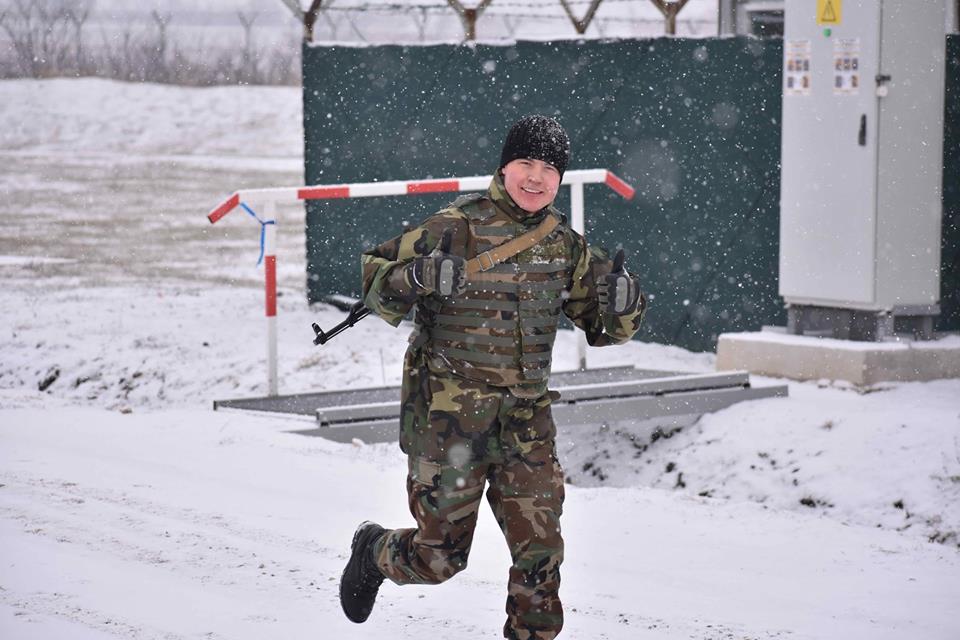 The National Army deployed in the KFOR (Kosovo Force) operation recently participated in the first edition of this year’s DANCON March (Danish Contingency), organized by the Danish military.

According to Lieutenant Colonel Ion Godoroja, commander of KFOR-10, more than 600 soldiers from 28 countries participating in the KFOR operation were enrolled in the competition.

Eight officers and non-commissioned officers of the National Army participated at DANCON March, and one of them – Major Lieutenant Vasile Olari, got ranked third in the competition, managing to finish the journey in 2 hours 02 minutes.

According to the rules, the participants paid a symbolic fee of 20 euros. The money collected was donated to Danish army war veterans and a Kosovo school where children with special needs are educated.

DANCON March is a tradition of the Danish Army dating back to 1972. So far, the march has taken place in Bosnia, Kosovo, Iraq, Afghanistan, and other countries where the Danish army has deployed troops. 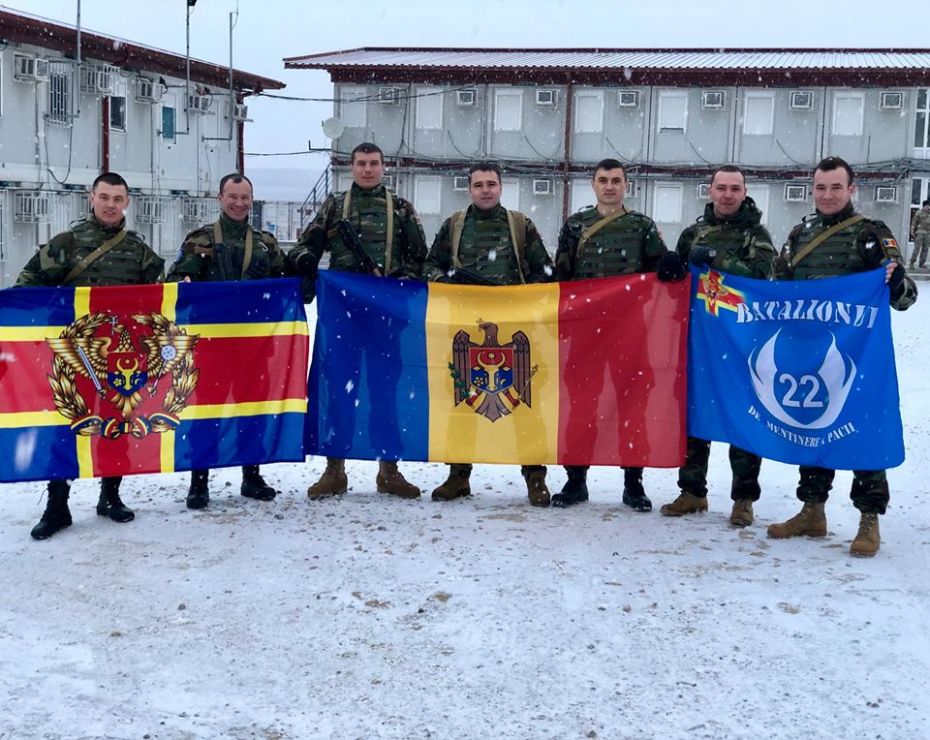 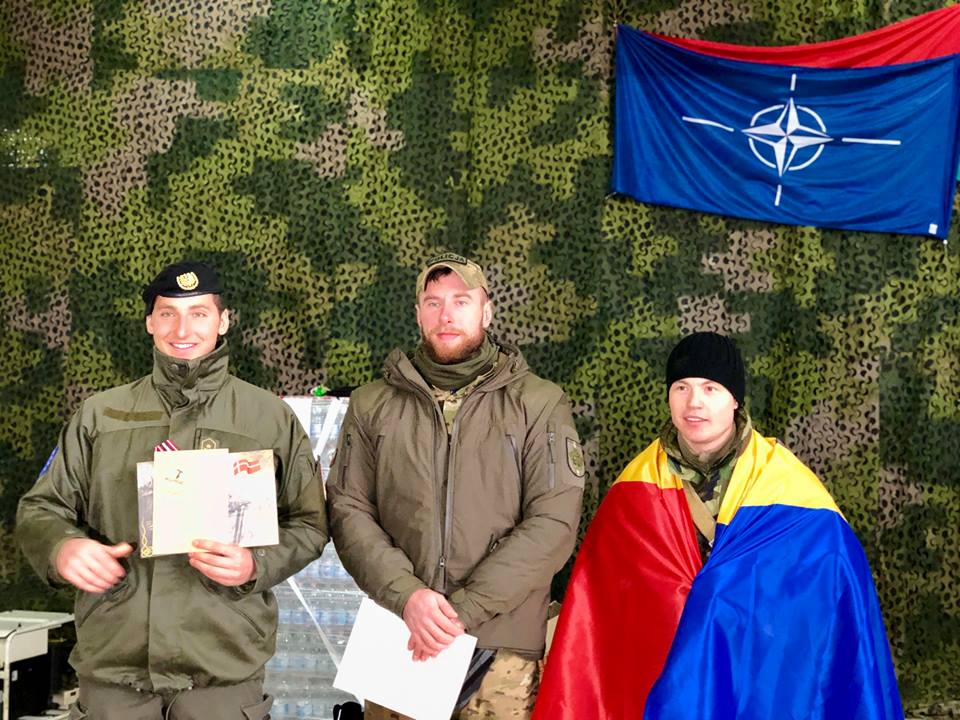 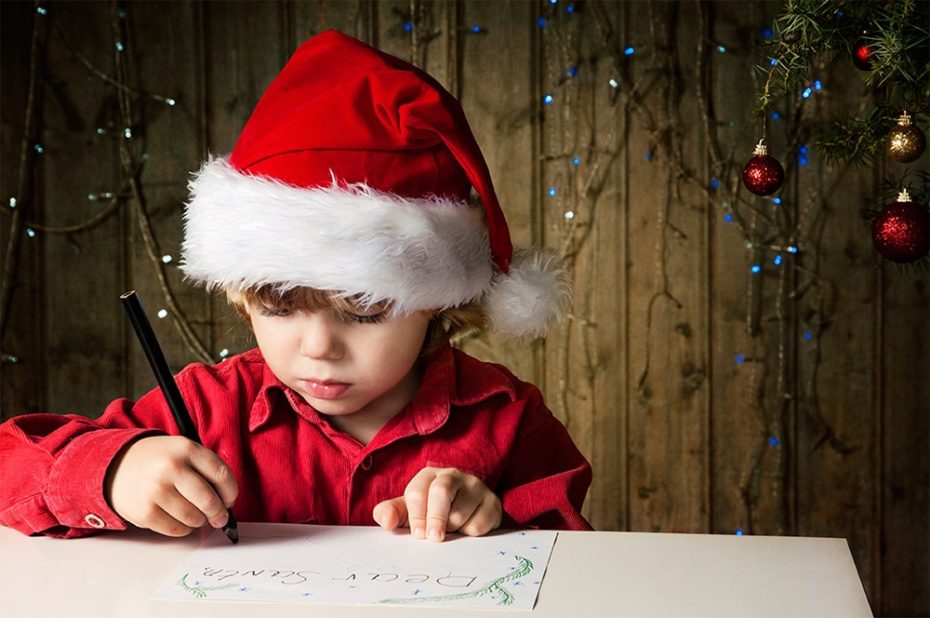 Every year, the Academy of Santa Claus in Moldova receives thousands of letters from Moldovan children. It is a project organised by a Moldovan NGO called “Clipa Siderală” since 2001. One year later, the “Post of Santa Claus” service was launched, which assumes that any child can send a letter free of charge, through the official post service of the Republic of Moldova, to the headquarters of the Academy. That is how it all began.

In the next years, thousands of children from Moldova were sending their letter to “Moș Crăciun” – the Romanian Christmas symbol, the ‘colleague’ of Santa Claus, hoping that their wish would be fulfilled. “Children’s wishes are very different. Some letters are funny, others are sad. Some children want the latest mobile phones and high-tech gadgets, while others ask for food, firewood, clothing, footwear and school supplies,” said the Coordinator of the Academy of Santa Claus, Irina Babuhina-Mitachi, for Ziarul de Gardă. “Existence determines consciousness. When you are cold, you don’t need toys, Christmas tree, Santa Claus or fairy tales, you just want to be warm,” explained Tatiana Craveț, a member of the Academy of Santa Claus’ team.

Here are just some examples of the letters that Moldovan children sent to Santa Claus:

“Santa, I'm writing this letter because only you can make the wishes of children who have a little happiness become reality. I have never received any gift in 14 years because my parents can’t afford to buy us gifts. I ask you to make me happy at least once. I want you to get me a phone and some sweets, a pair of 36-sized boots for my mom, and a winter jacket for my dad. He is fit and hard working. Santa, please fulfil these wishes if this letter comes to you. Only you, Santa Claus, can make me and my family happy.”

“Dear Santa, my name is Rozalina and I am 9 years old. I have a sister who is four years old. This year we behaved really well, so we want you to come to us with gifts. I want a storybook, and my younger sister, Jasmina, dreams of having a big and beautiful princess doll. Santa, if you have the possibility, we want a bigger bed. We can’t fit in the cot anymore. We promise that we will be just as good in the coming year. We are looking forward to your arrival!”

“Dear Santa, I am already a big girl, but I believe in miracles. During the whole year I was a good girl. (…) I am very fond of the elder people, they do not deserve to live in poverty at such an old age. My grandmother is 82 years old, she suffered a stroke after the death of my grandpa. What a pity to watch her struggling! I would like to bring her happiness at least a little, but I can’t [because of the financial possibilities]. I want to ask for a gift not for me, but for my grandmother. Dear Santa, I know you are all-powerful, please bring happiness for my grandma! I hope you will read my letter and all the dreams will become true in the new year. I want everyone on Earth to be healthy. Santa, I hope we'll see each other on December 31st.”

“Moldova is luckier, because in USA, for example, in order to write to Santa Claus, you have to pay about two dollars. To get an answer, you must pay even more. In Russia it is the same. Moldova has this service for free, thanks to the Post of Moldova. Any child can write to Santa Claus,” declared the project’s coordinator.

After the letters are received, they are read and a response for each child is formulated. “Santa is also a very good psychologist. He tells the children that everything we want is achievable, but something can be easily accomplished, and other things, are more difficult. Santa responds in a correct way so that the author of the letter remains content and can become aware of some things. Children receive a reply from Santa in a very nice envelope, like from a fairy-tale. We can say that each child receives a Santa Claus gift because this envelope is already a special one,” claimed Babuhina-Mitachi. 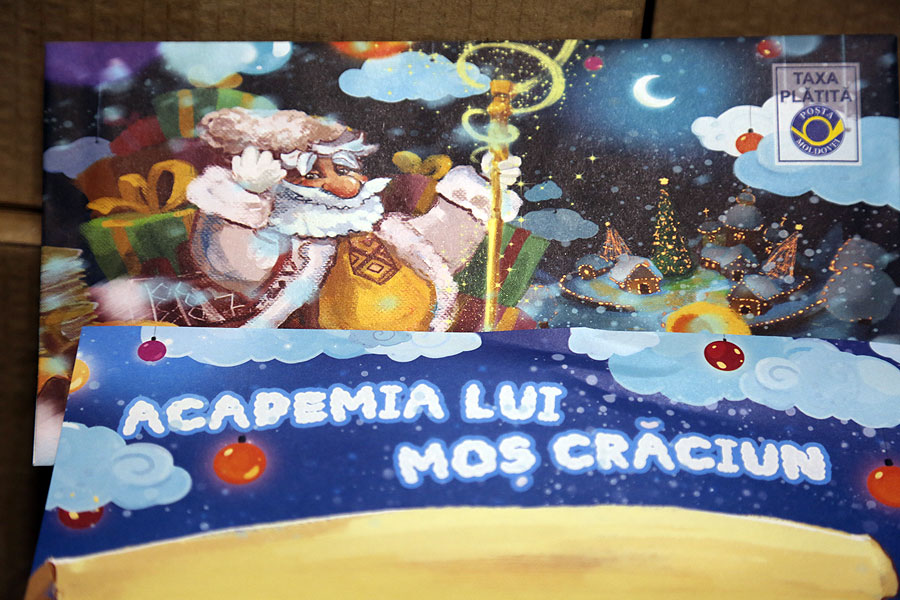 The children Christmas wishes are accomplished by the volunteers. Different people, students, pupils, companies’ managers and employees, even the representatives of public institutions pick some random letters and try to create a miracle. Anyone can do that. Sometimes, the volunteers working at the project find some time to make some children’s wishes come true. “There is a letter from a boy named Sergiu from Bălţi. I would like to fulfil his dream. He asked for a sledge. I thought about repairing my old sledge, painting it and bringing it to this child,” said Tatiana Craveț. 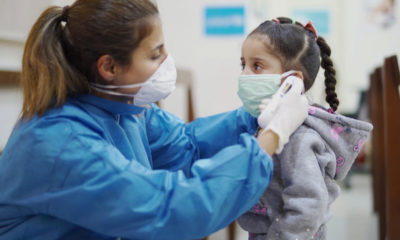 Three United Nations (UN) agencies from Moldova – UNICEF, UN Women and the International Organisation for Migration (IOM) will receive one... 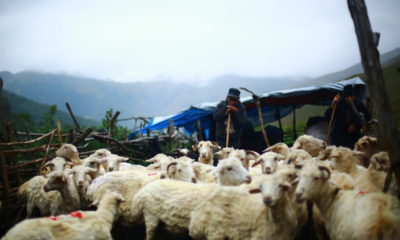 Generation C – a documentary by Moldova.org about shepherding in Moldova and Georgia // VIDEO

At the end of January, Moldova.org presented the premiere of the documentary Generation C, a film about an occupation that was... 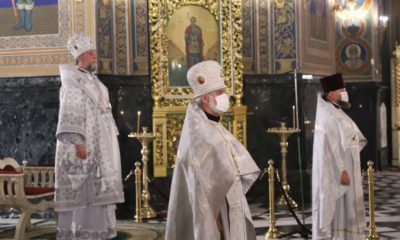 Religion is an essential part of almost every Moldovan citizen’s life. The majority of Moldova’s people describe themselves as being... 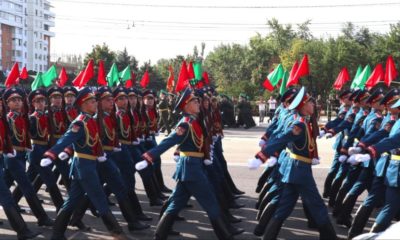 A not working peacekeeping mechanism? When the Moldovan side requests, the Transnistrian one refuses

During the state of emergency in the Republic of Moldova, Chisinau authorities requested, for several times, the assistance of the... 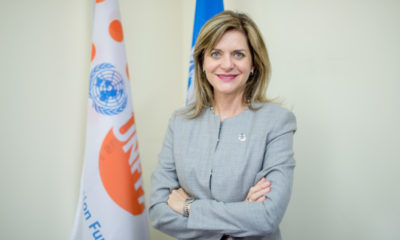 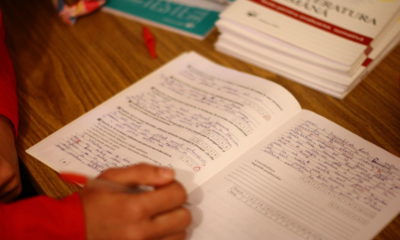 Is the education system in Moldova prepared for online schools?

The Government of the Republic of Moldova recently decided to cancel this year high school graduation exams – the so-called... 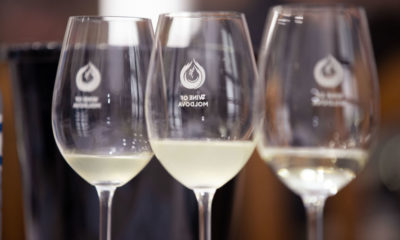 Until the coronavirus pandemic, the Moldovan wine industry was flourishing. In 2019, Moldova exported 15,67 million decalitres of wine, while... 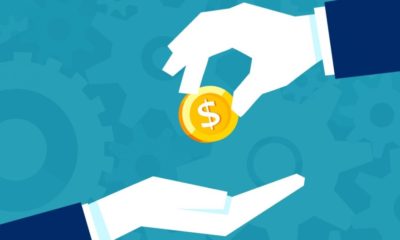 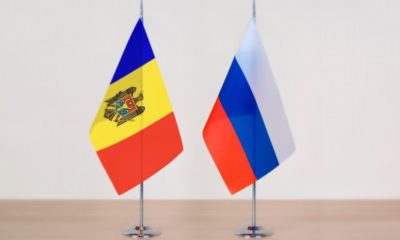 Experts: What is wrong with the credit agreement signed with the Russian Federation?

The Russian Federation and the Republic of Moldova signed a credit agreement, which provides for a loan of 200 million... 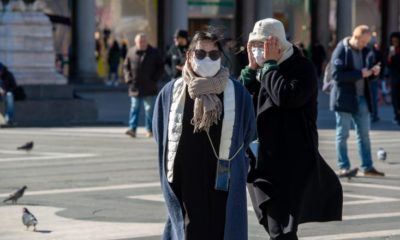 Studies// What do Moldovans think about coronavirus?

Most people from Moldova believe that the country will be very affected by the consequences of the coronavirus pandemic situation...