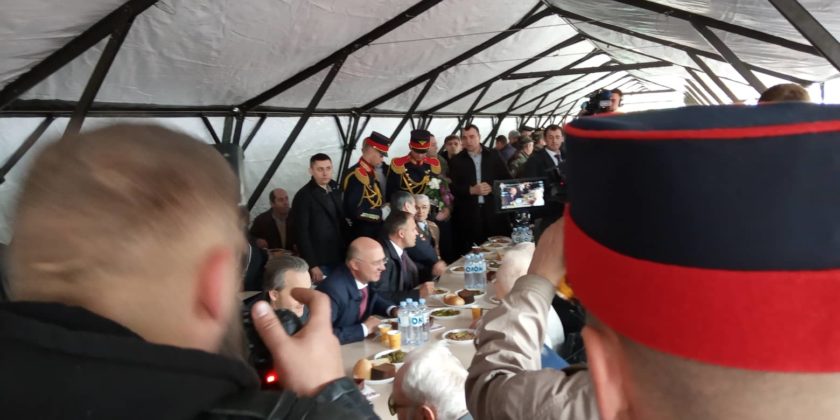 The Democratic Party has yet again improvised a canteen in the center of the capital on the occasion of Europe Day and served some people with food. Lunch consisted of a portion of buckwheat with pickles and bread, with tea, juice, or water.

The PM Pavel Filip, Andrian Candu, and Defense Minister Eugen Sturza were surprised at the canteen.

Surrounded by groups of bodyguards, Plahotniuc was last year photographed while eating buckwheat with everyone. 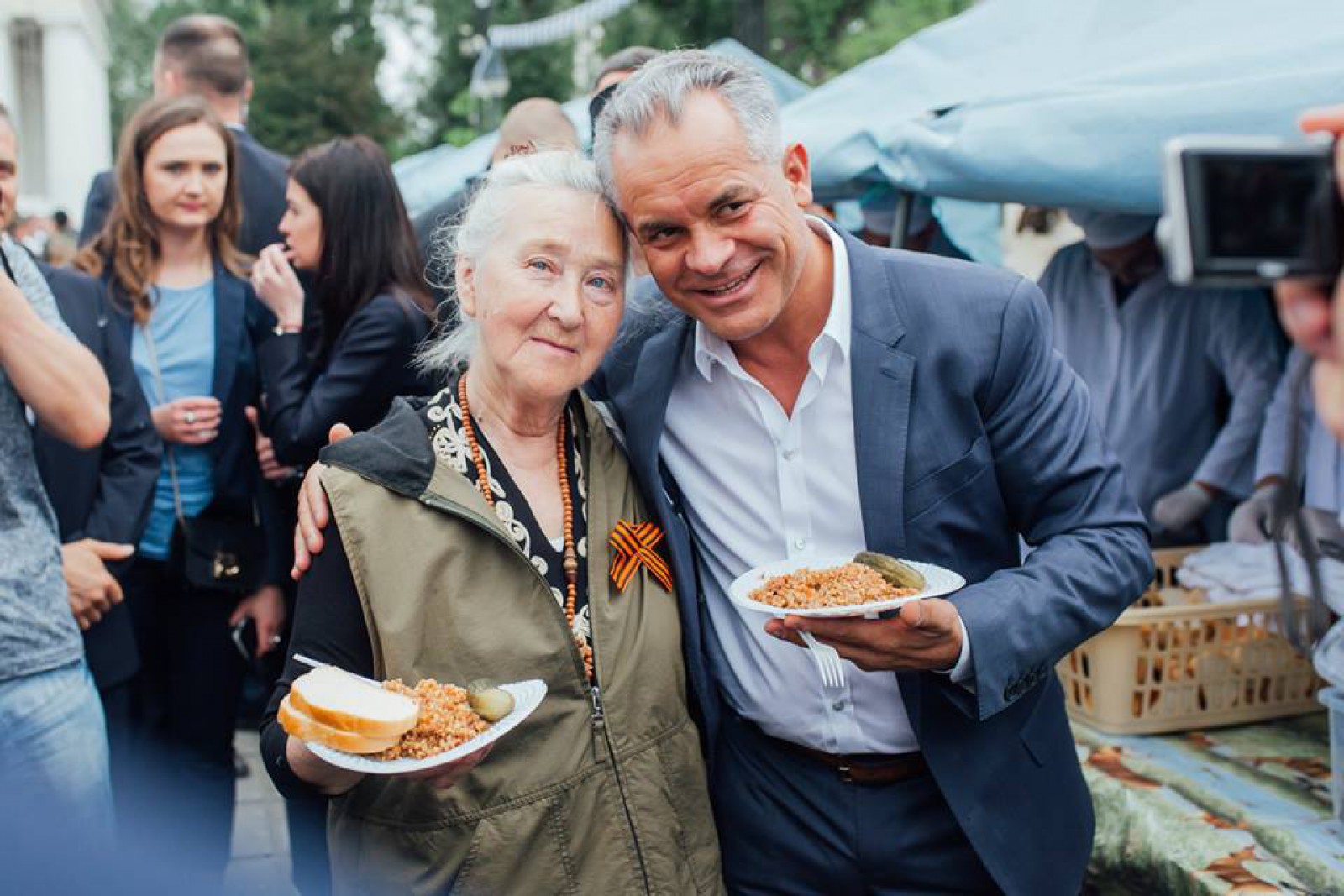 However, this year, Vlad Plahotniuc was nowhere to be seen. 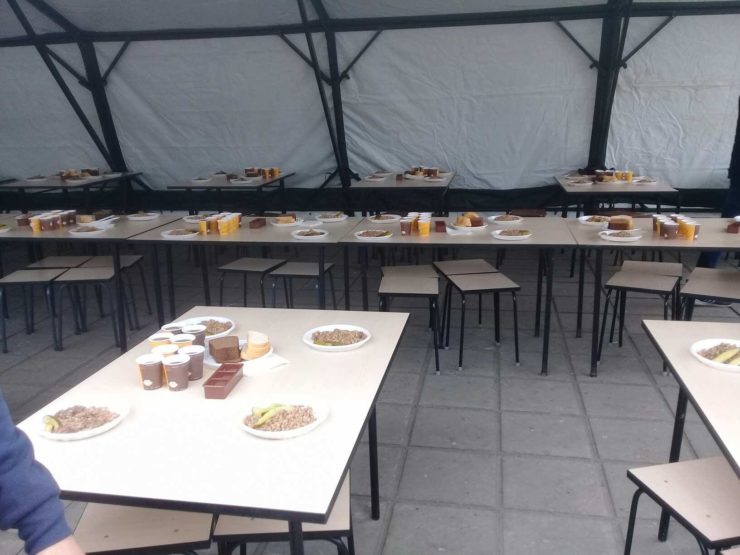 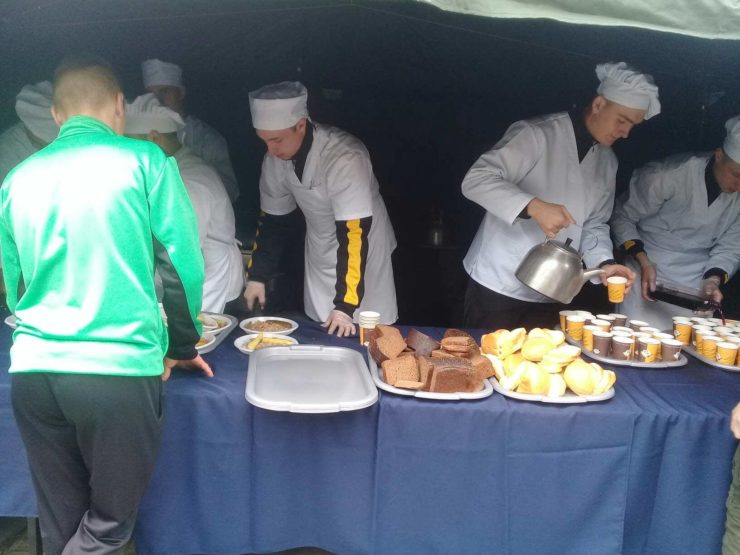 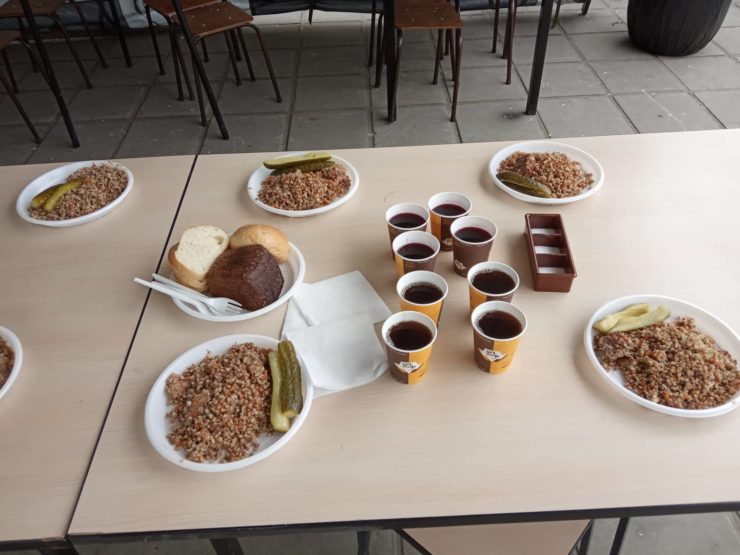 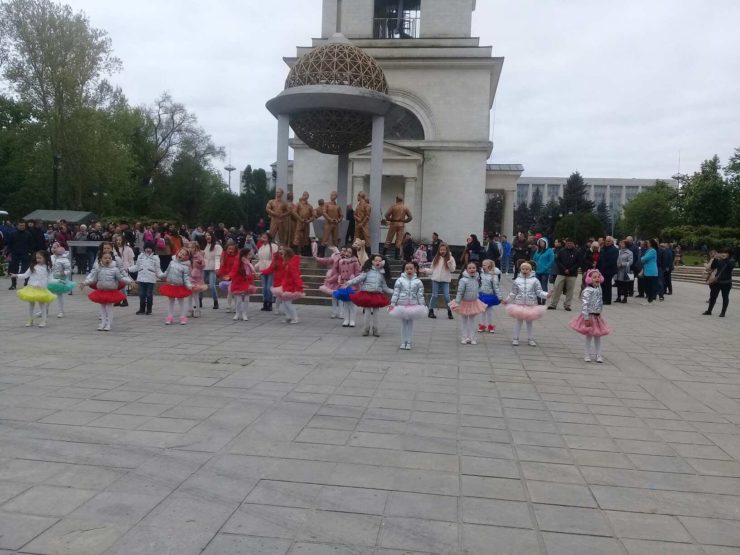 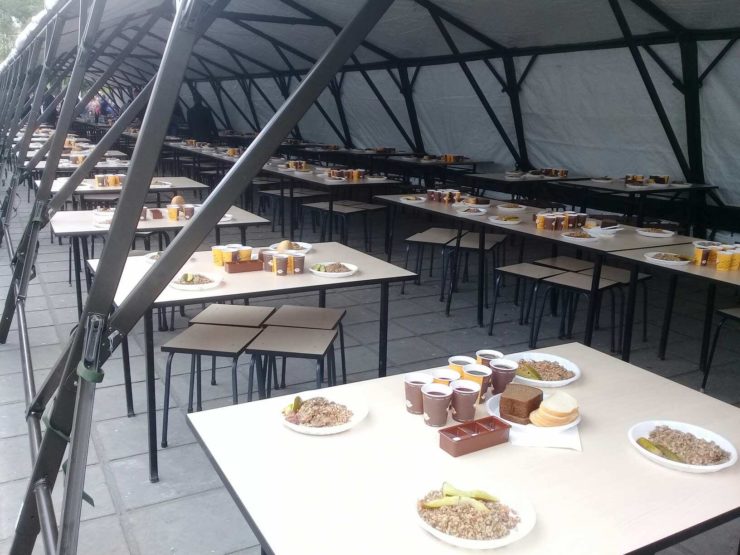 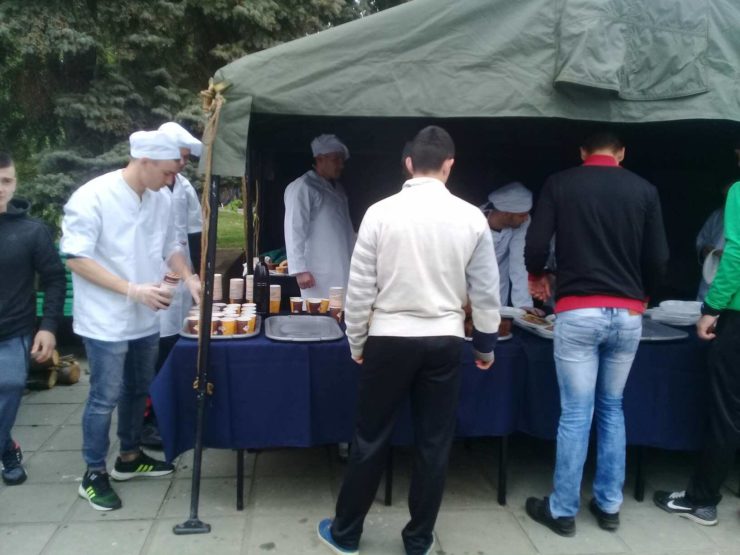 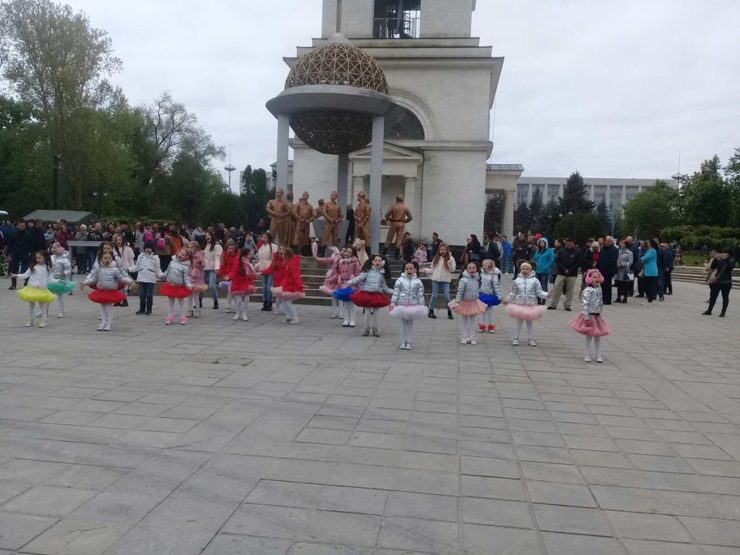 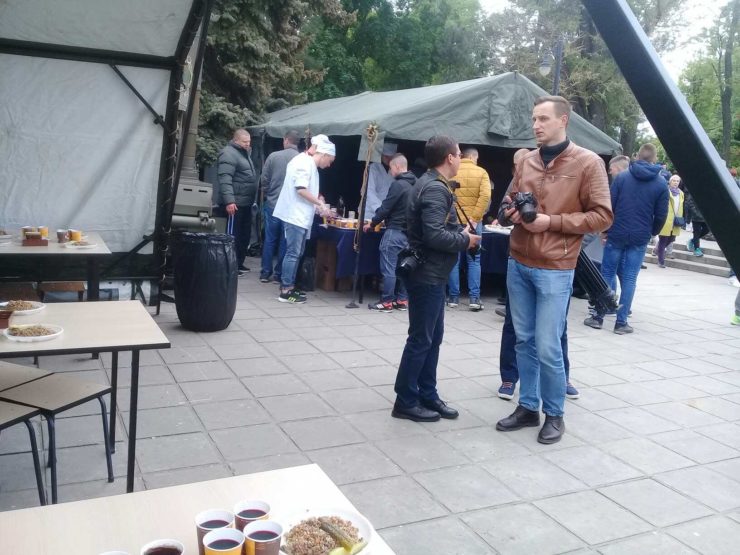 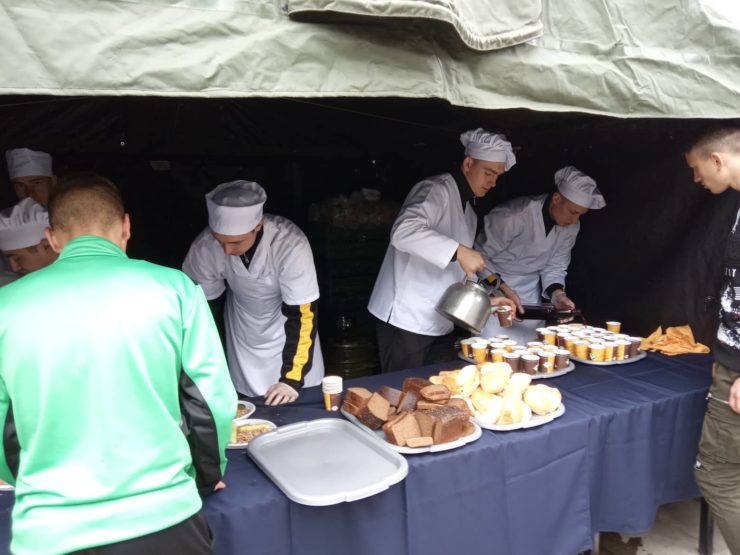 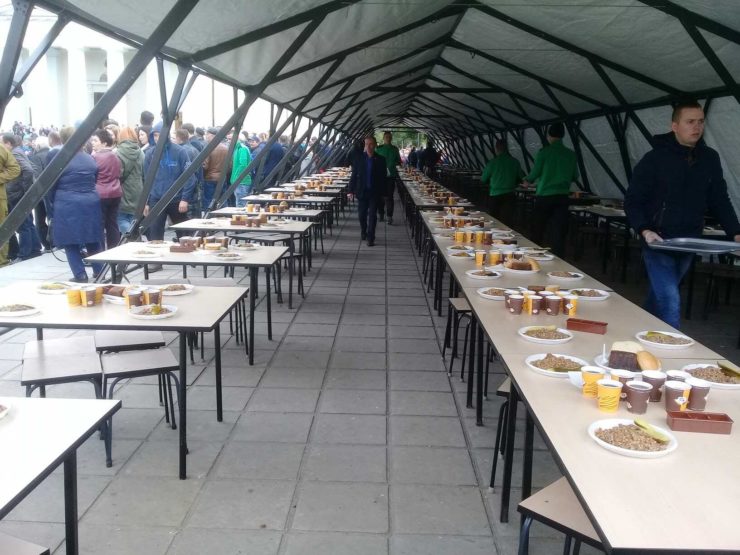 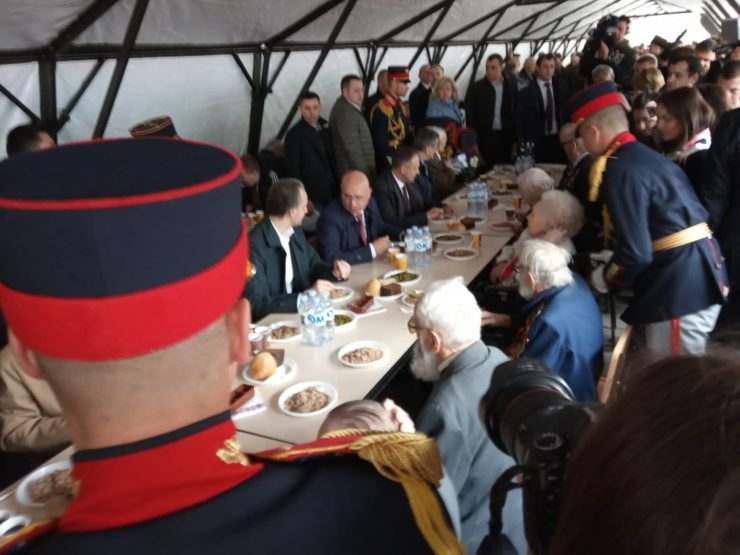 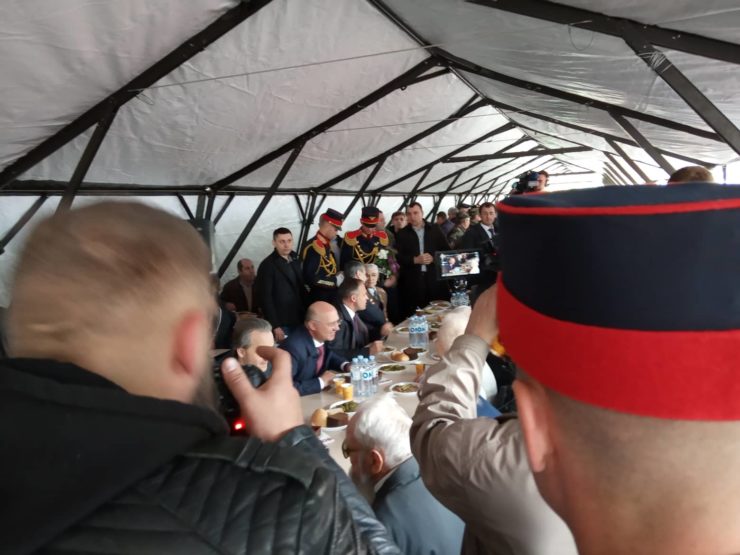 East or West? Celebrating Victory Day and Europe Day at the same time 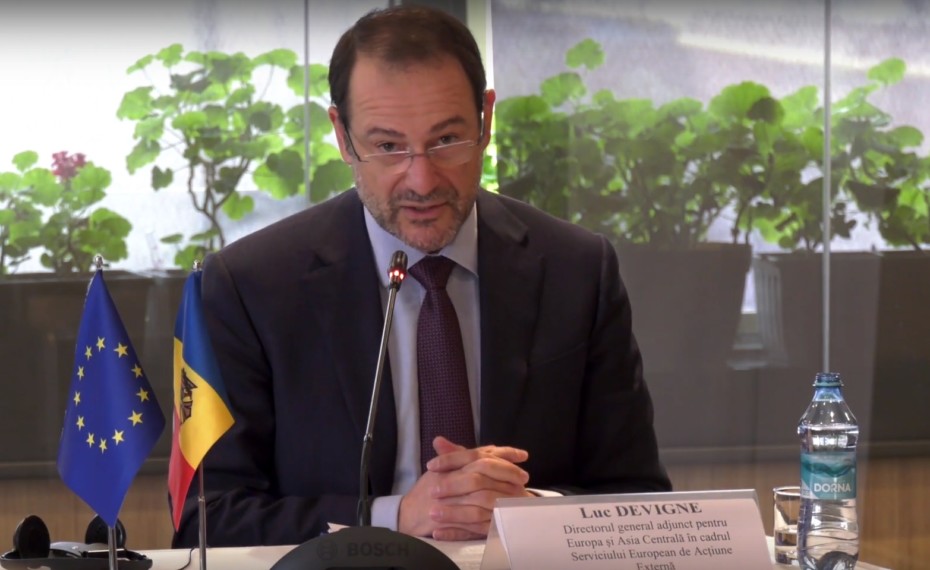 Director for Russia, Eastern partnership, Central Asia and OSCE, and Deputy Managing Director for Europe and Central Asia at the European External Action Service (EEAS), Luc Pierre Devigne, paid a visit to Chișinău today to participate in the 5th meeting of the EU-Moldova Association Committee.

He addressed a message to the Moldovan government during a press conference, criticising the way the reforms were implemented in the country, especially the way the famous bank fraud from Moldova, called also “the theft of the century” was investigated. Devigne considers inadmissible the fact that, after five years, the persons and companies that were involved in the fraud were not held accountable.

“It is unacceptable that after the theft of the billion was uncovered and deeply investigated by a leading financial investigation team – the Kroll company, whose findings were made publicly available, the investigation was still not finalised on various pretexts. We cannot believe that it is legally not possible to prosecute such a fraud.[…] It is the responsibility of the Government to ensure that justice works in the country. We want to see an open and transparent process that includes not only the Government, but also the consultation of opposition, civil society and the EU institutions recommendations.” said Devigne.

The EU official told the Moldovan politicians: “It’s time for actions. It’s been a long time we’ve been supportive, we’ve been patient. Now, we will judge the Government’s actions objectively.”

“The EU has always supported the Republic of Moldova, but the EU cannot substitute for good governance and the actions that should be taken by the Government. Our support is not unconditional.”

He said that European assistance will depend on how laws and democratic standards will be respected in Moldova. Particularly, Luc Pierre Devigne mentioned that the Republic of Moldova should join the Anticorruption Network for an effective fight against corruption, strengthen independent media and improve the quality of life in the case of the Moldovan citizens.

Luc Pierre Devigne also referred to the subject of the Citizenship by Investment Law, on which the Government applied a moratorium, but only until February 24, 2020. The official was disappointed that people who obtained such kind of citizenship remained anonymous. “We do not see this as compatible with a serious and secure visa liberalisation regime. It’s a security issue.” highlighted Devigne.

One of the central messages of the EU delegation to Moldova concerned the importance of boosting the cooperation between Moldova and the community bloc.

At the same time, the Moldovan authorities reiterated their commitment to comply with the recommendations of international organisations such as the OSCE and the Venice Commission, and to ensure public consultations on major projects. 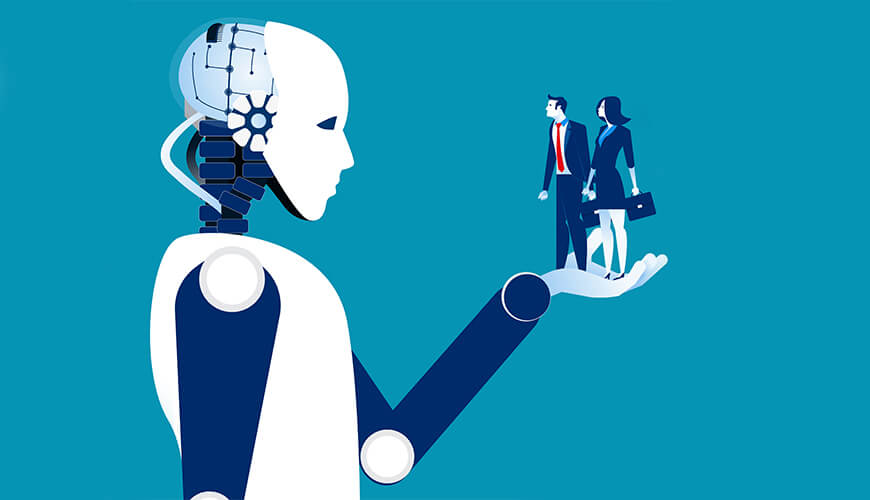 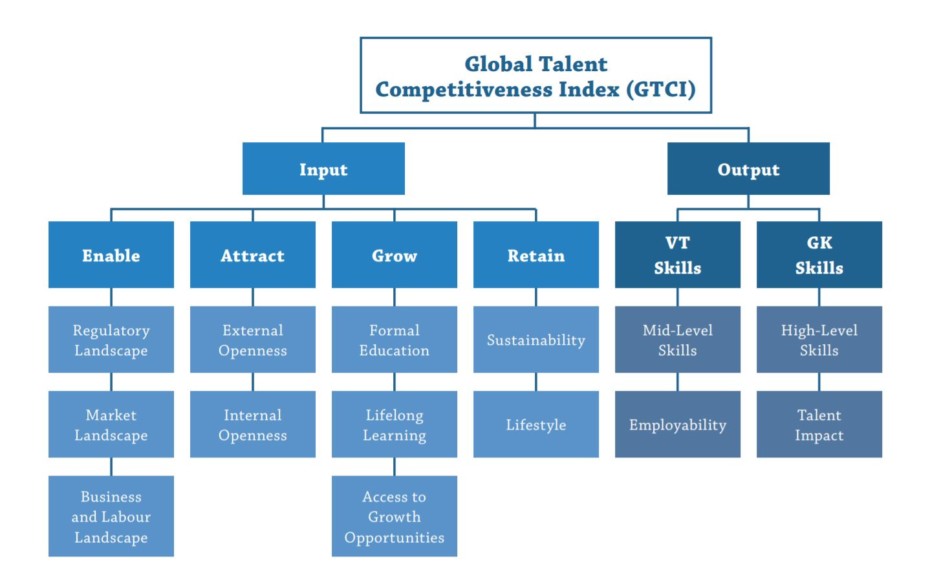 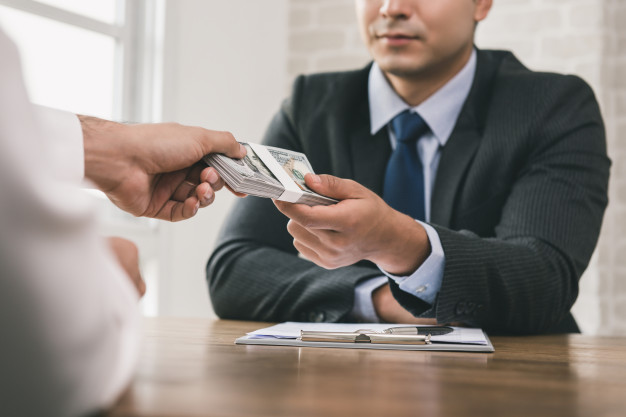 When talking about corruption, most of Moldovan citizens blame the ‘system’ built by politicians and their political regimes throughout history. And that may be true, but only to some degree. When looking deeper, it can be actually observed that little corruption acts are perceived as a normality by a lot of individuals and legal entities in the country. That is what is shown in a recent study conducted by by the Center for Social Studies and Marketing “CBS – Research”. The study assessed the impact of the National Integrity and Anticorruption Strategy for the years 2017-2020.

516 million lei – this is the total amount of bribes offered by Moldovans in 2019. On average, a Moldovan citizen has offered at least five bribes, while an enterprise has been involved in about three corruption acts. Businesses paid bribes worth 197,3 million lei, while individuals offered a total of 319,4 million lei as bribes during the last year, estimated the study. The value of the one illegal payment ranged from 50 to 20 thousand lei.

The research was carried out on the basis of a national survey where 1 120 persons, 506 companies and 606 civil servants from central, district and local public administration participated. The data were presented in comparison to the situation in 2017, when the first such survey was conducted. It was carried out within the project “Fight against corruption by strengthening integrity in the Republic of Moldova”, implemented by UNDP in collaboration with the National Anticorruption Center, and the support of the Norwegian Ministry of Foreign Affairs.

Even though the study affirmed that corruption remains a serious problem for the Moldovan society, the level of intolerance of the population towards corruption has increased. Thus, about 62% of individuals (compared to 45% in 2017) and 83% of businesses (compared to 61% in 2017) consider any corruption situations unacceptable and declare that they do not accept to offer or receive bribes, regardless of the situation and implied personal benefit.

Moreover, both individuals (73% of respondents) and companies (80% of them) are aware that bribery entails punishment of both parties involved, and 87% of them, on average, would report the corruption acts to the anti-corruption agencies in the event of such a situation.

In the opinion of the civil servants participating in the survey, among the main causes of corruption are the low salaries in the public sector and the mentality of demanding and giving bribes in money and /or goods.

The same causes for corruption acts were emphasised by a survey conducted by Transparency International (TI) Moldova throughout the employees of 13 central public authorities. The survey results revealed that a quarter (24.6%) of civil servants who work in public institutions, and answered the survey, consider that their workplace is affected by corruption. More details about the survey can be found here.

Although the legislation obliges civil servants to report corruption cases and other abuses to the head of the public entity or to the responsible authority, a considerable part of the respondents (about 27%) are openly not willing to do it for reasons of personal security and lack of trust in empowered bodies, according to the TI-Moldova report.

Thus, the main factors that could determine the involvement of citizens in corruption abatement activities are the confidence that they will be protected if they denounce a public official for corruption acts, as well as the trust in the independence of the justice, showed the Center for Social Studies and Marketing study, as being reported by TV8.

“Committing acts of corruption must become non-profitable. But to drive forward those reforms, independent, effective, and incorruptible leaders of the judiciary and law enforcement bodies are urgently needed,” said Stanislav Pavlovschi, a Moldovan judge formerly at the European Court of Human Rights (ECHR), for the Global Voices portal.

In 2019, Moldova registered a score of 32 points for the Corruption Perception Index for 2019 released by Transparency International, being ranked 120th out of 180 countries. The score for Moldova worsened as compared to the 2018 year, when the country recorded 33 points, whereas improved when confronted to the data from 2017 – 31 points. More details here. 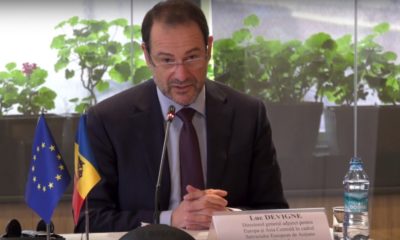 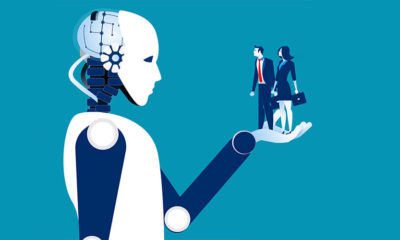 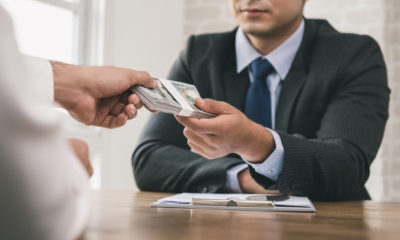 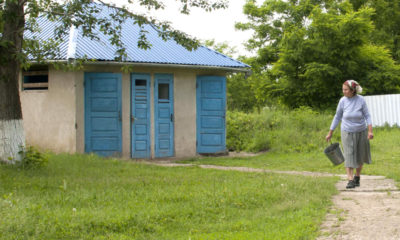 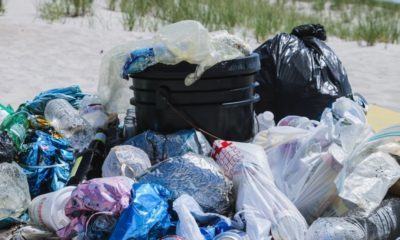 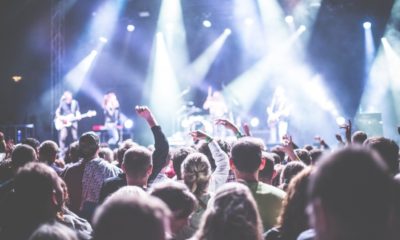 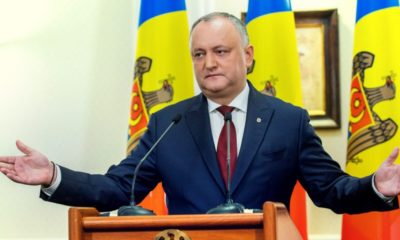